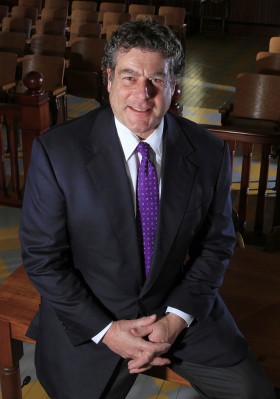 Chris Byrd, raised in Amarillo, Texas, graduated cum laude from Oklahoma Christian University in 1979 with a B.S. in Accounting. Prior to graduating, Mr. Byrd was appointed in 1978 by the Comptroller of the Currency as Associate National Bank Examiner. Mr. Byrd received both his M.B.A. cum laude and his J.D. from Texas Tech University Law School in 1984 and became a member of the State Bar of Texas. Mr. Byrd began his law career in 1985 with Robinson & Fotheringham in Amarillo, where he handled general civil, commercial and banking law matters, which included special appointments by the U.S. Treasury. In 1987, Mr. Byrd was appointed Judge, Municipal Court of Amarillo, a Court of record. Mr. Byrd joined Phillips Petroleum in 1990, handling acquisitions, property tax, real estate and claims, and international tax compliance as a Tax Specialist. He later served as Senior Insurance Administrator in Risk Management, Treasury. Mr. Byrd represented the prevailing party before the Supreme Court of Texas, Smith vs. Southwest Feedyards, 835 S.W.2d 89 Tex., 1992. This case was a case of first impression establishing a party’s right to testify in civil matters. Mr. Byrd became a C.P.A. in 1993 and was certified as an Associate in Risk Management in 1997. In 1999, Mr. Byrd was recruited from Phillips Petroleum to join Ultramar Diamond Shamrock Corporation (now Valero Energy) as Risk Manager and as Chief Operating Officer for Corporate Claims Management, Inc., an international third-party claims administration Company. After serving on a three member merger team with Valero, he joined Nunley Davis Jolley Cluck Aelvoet LLP in early 2002 practicing in the areas of general civil and commercial law.

In 2009, Mr. Byrd opened his private practice continuing to focus on the core areas of practice and is Admitted before all Texas State Courts, U.S. District Court, Northern and Western Districts of Texas, and their respective U.S. Bankruptcy Courts.

He has authored several works, including “A Core Program Partnership” for Phillips Petroleum, recognized in the commercial insurance industry as the first long-term non-cancelable, catastrophic risk program, as well as “A Right to Anonymity” in Selected Writings of Texas Tech Law School Students, 1984.

Mr. Byrd also serves as Counsel for the Center for Public Policy in Washington D.C. and for Act for America and in such roles focuses his efforts in fighting the advance of Sharia in America. Mr. Byrd recently testified in Texas Senate committee hearings in favor of American Laws for American Courts, which testimony was directly contested by the Muslim brotherhood. Mr. Byrd is eager to assist any litigant dealing with Sharia. Mr. Byrd has spoken to dozens of groups around Texas on the issue of Sharia and is available to speak upon request.